Antonis Hatzis My name is Antonis Hatzis. I’m 39 years old and I live in Greece. I started playing drums at the age of 17.I am a self taught drummer and I like to practice a lot to develop my skills on drumming. At the age of 20 when I was living in Thessaloniki as a student , I formed a hardcore/thrash metal band with 3 other guys with the name Delay. After 2 years of playing with this band we recorded a demo cd and played some live concerts in local bars and small venues. Unfortunately the band soon stopped being active due to some personal reasons of the members. Same time I used to jam with other musicians and playing with a few rock/metal cover bands for some time. After years of hard practice but not being in a band, finally I joined another band called Silver Bullet that was covering popular rock songs and playing some live concerts. This wasn’t enough for me. I wanted to make a band to create our own music. So me as a drummer and also the guitarist and keyboardist of Silver Bullet started a new band. Soon we found a bass player, a second guitar player and a singer and we formed the band Krama. Our style is heavy/alternative/progressive metal and till now we have our own 8 original tracks. We are now in the progress of creating out first cd the next few months. I l also made a solo project with the name Against The System where I recorded all instruments and vocals. It’s 6 songs that you can find in my Reverbnation site of Against The System. After many years of drumming I still enjoy to practice a lot and getting better every day. 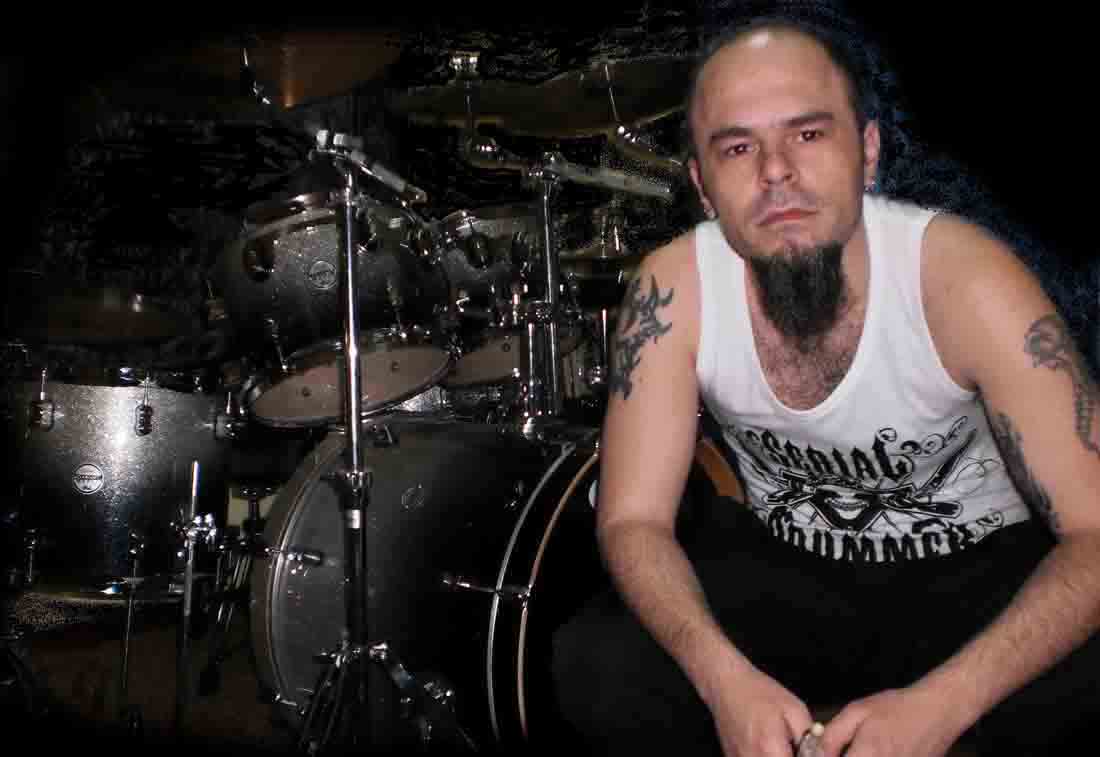