Mpampis , started listening  and practicing the drums as a self taught musician , at the age of 8 ,influenced by drummers such as  John Bonham.

Later he attended at  Modern Music Academy Drama . He has shared the stage with famous greek singers like Lena Papadopoulou, Dimitris Chrysochoidis , Chrispa , Maria Iakovou and others. Mpampis still works on large nightclubs with famous singers and also teaches at Alexandreio Dimotiko Odeio of Giannitsa as Professor of Percussion. At 2019 Mpampis establish Modern Drums School at Giannitsa Pellas. 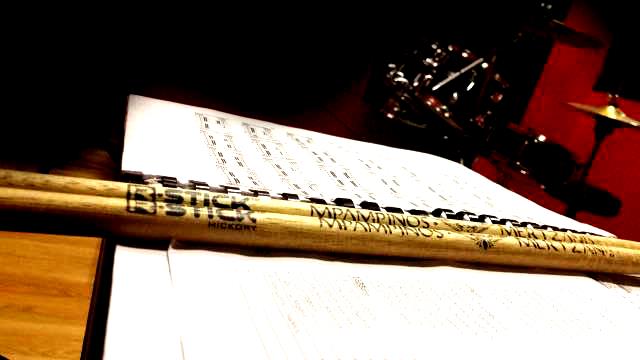 provides Drums lessons for all Grades levels 1,2,3,4,5,6,7,8 In the field of contemporary music and especially drums, the M D S is followed by the ROCKSCHOOL curriculum.
Drums Lessons

Rock School of London.. Read more...
Integrated curriculum and certification capability at each level
Grade 1,2,3,4,5,6,7,8 (Rockschool)
The lessons include: practical learning as well as theory teaching, score reading, instrument tuning, improvisation, independence, Time, metronome exercises.
Groove development. How to develop simple ideas, how to build and use dynamics.
Escort! The main part of the lessons. How to accompany the bass with the musical circumstance