formed in 2011. Drummer Sakis, guitarist Ilias and vocalist Stelios were already in a band playing cover songs and performing some live gigs since 2009, when in late 2010 decided to form a new band with new band members in order to write their own songs.In early 2011 when guitarist Kostas came into the picture, SoulVanity was officially formed. During 2011 they started writing riffs and also auditioning some bass players. Eventually, in April of 2012 bassist Jim joined the band and after some jamming sessions,they started recording songs for their upcoming demo.Their debut selftitled demo was officialy released on the 24th of Nov.2013.Moreover the band has released 2 videos, "Murder" as their 1st video and "The Muppet show" as their 2nd one. From March 2014 they've started writing new songs and complete two albums.  End Of Time (2019) and Inner Unrest (2016) 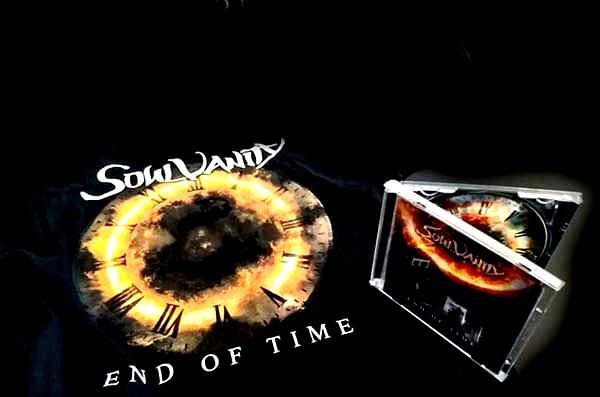