Dimitris Terpizis was born in 2000 and raised in Paphos Cyprus

He started playing the piano but, at the age of 7 he realised that his passion was with drums. He graduated from the Paphos Music School with specialty in drums but he used to receive private lessons in drums for many years. He was also receiving private lessons in guitar and piano as well. He is currently studying for his jazz bachelor degree (drums) at the Conservatorium of Maastricht with Ron van Stratum and Arnoud Gerritse. He attended many lessons with international drummers such as: George Kollias and Derek Roddy and many workshops such us 'Keep An Eye Summer Jazz Workshop' at the Conservatorium van Amsterdam where he had lessons with John Riley, Justin DiCioccio and Richard Dennis Oatts. He played in the opening and closing ceremonies of Paphos 2017 and Aarhus 2017 in Denmark for the European Capitals of Culture and many other events. He shared the stage with musicians such as Yasmin Levy, George Dalaras, Tsaligopoulou Eleni, Yiannis Charoullis & others. Now, Dimitris is a member of a fusion Trio named 'Kyprothen Trio' where their goal is to fuse traditional Greek /Cypriot music with contemporary jazz/funk. Dimitris also produces his own music and he is on the making of his first solo album. You can find both his and the Trio's music on YouTube and streaming platforms 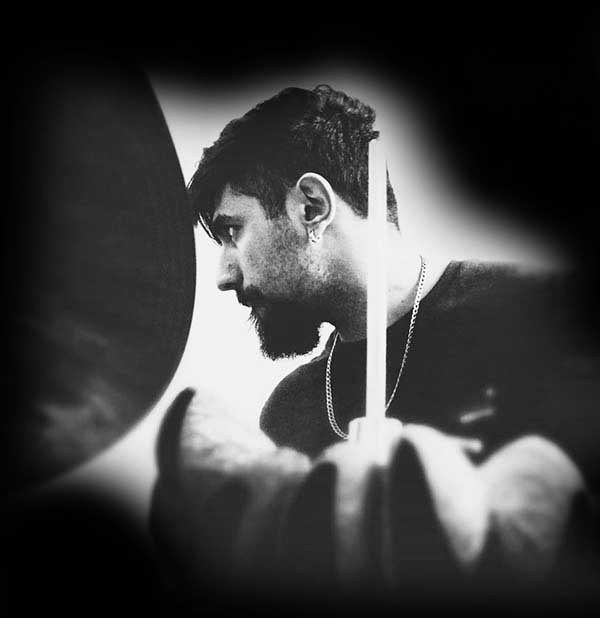 A new fusion trio formed in Maastricht, Netherlands. Basic elements are the volatile rhythms of Fusion-Jazz in harmonious combination with advanced traditional character.

Cypriot drummer studying jazz music in Maastricht. Drummer of the band: Kyprothen Trio Available for gigs, session recordings, tours etc... Read more...
A new fusion trio formed in Maastricht, Netherlands.
Basic elements are the volatile rhythms of Fusion-Jazz in harmonious combination with advanced traditional character. Inspired by our unique musical background, our goal is to combine our rich musical elements with the enormous jazz world.
Moses Joseph on piano and keys, Pantelis Constantinou on bass and Dimitris Terpizis on drums come together to create Kyprothen.